The most common problem is associated with the door breakage. Trying to open the door, it falls into the open wide position under the action of the gravitational force. With such clumsy actions, the door can get additional damage, so it must be held while opening. The bad thing is that with such breakage, the door cannot be left slightly opened to allow the washing chamber to dry after the program is finished. 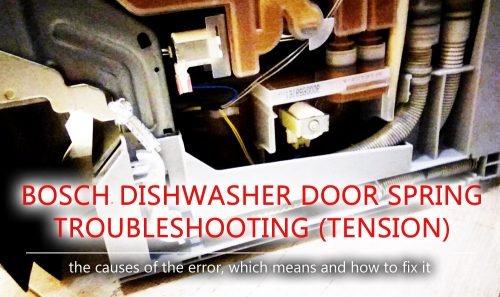 Therefore, it leads to the formation of mold inside and the destruction of rubber gaskets.

How to identify the problem?

Most of all, such situation is caused by the cable tore or the plastic adapter breaking, disconnecting the cable with the spring.

Also, the common problem is the mechanical damage of the springs block. These elements are located on the right and left sides near the pallet. The traction force is transmitted to the door hinge by the draft cable. An example of such scheme is shown in the picture. 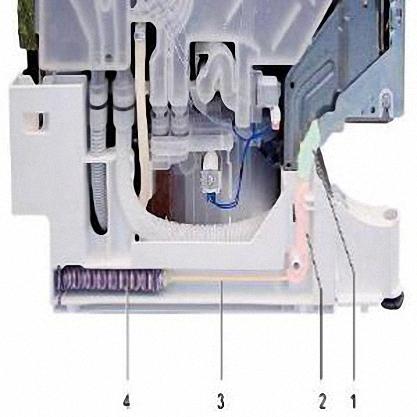 The sequence of repair activities is the next:

Installing a new spring in the Bosch dishwasher

During operation, the door must be slightly opened to create a tension of the cable.

A few important points that can lead to breakdowns in the future:

How to eliminate the door (spring) breakage of the Bosch dishwasher: Methods and useful advice from users

So what have we got? The spring is firmly applied to the groove, and the cable is securely attached to it, too. To break such connection, you will have, as a minimum, to break a strong cable that consists of a synthetic fiber. Actually, it is very difficult. Check how the door opens and closes, and, if everything is OK, collect the kitchen appliance and connect it to the mains.