Bosch dishwasher error code E24 is a code that appears when there is an error in the drain. A common solution to solve the issue is cleaning the clogs or straightening the hose. No matter which Bosch dishwasher you have, E24 indicates an issue of water drain. What does the company say about this? Well, according to the manufacturer, E24 occurs because of clogging of drain hose or when it’s bent. You just have to clean the drain hose and straighten it. But the reviews contradict this. According to the users of Bosch dishwashers, the error didn’t appear because of clogging. 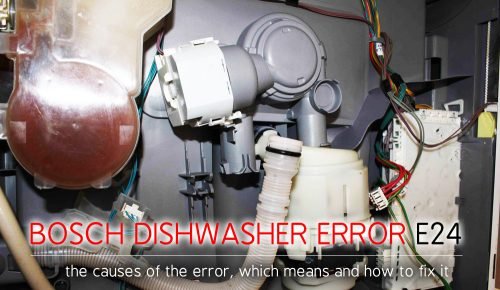 If you think it over, they might be right too. The hose cannot bend on its own because the device is in an upright position plus, you don’t touch the hose. Majority of the users say that problem occurs at the beginning of washing about 2 minutes after turning on the dishwasher. The device does not have enough time to gather water. So, it is a bit troublesome to believe that the instructions determine the cause of E24 error as the malfunctioning of the drain water system. 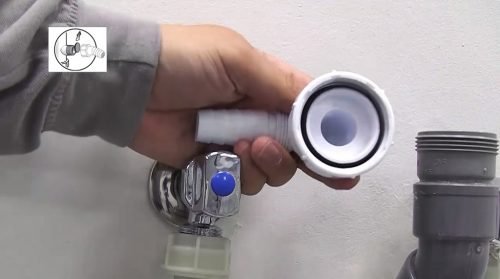 Here is our take on the E24 error and what could possibly be the reasons behind it:

Simple Steps for De-clogging the dishwasher

As far as the cleaning process of the drain pump is concerned, it is not much of an issue. You just need to do it on a daily basis. It is quite easy to remove the filter which is located at the bottom of the dishwasher. Use a rope brush to clean the drain hose. You can also remove the plastic plug, which you might find under the filter. This lets you access the cogwheel of the drain pump. You could have a look at it and remove any kind of bits and pieces of leftover foods, fruit seeds, etc.

Here are some simple ways:

Here is a step-by-step guide on how you can fix this error. The above mentioned are some random tips from the users:

So let’s begin without further ado:

Many additional components and accessories that are out of order can be purchased on the official website of Bosch. But if you need a new pump, then you can buy it on Amazon or Partmaster.co.uk

If you ever encounter such an error, you know what to do now!